If it Feels Right it must Be Right… Right? 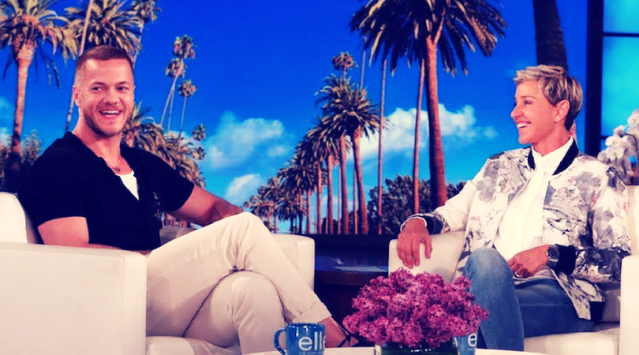 How could something that feels so right be called immoral?

That is basically the question Imagine Dragons singer Dan Reyonlds proposed on a recent interview on the Ellen Show. In the interview, Dan talked about his upbringing as a Mormon and his tendency to rebel against the moral cues of his culture. When he attended BYU (the “Mormon college”), he started sleeping with his girlfriend. BYU somehow found out about Dan’s actions, and the school decided to kick him out. That’s when he asked the question – “Why is this thing that feels right also something that gets me kicked out of college and shames me in my community and made me feel all this guilt?”

Now a few warnings before continuing. I am NOT about to advocate for the moral validity of the Mormon faith. I am also not about to tear down Imagine Dragons – I would say they’re in my top 5 favorite bands. Finally, I am not going to analyze BYU’s response to Dan’s actions or the effect that response had in Dan’s life.

But I do want to point out that in his question, Dan implied that he believed what he was doing was okay because it felt right to do. His assessment of his moral actions was not based on an objective moral code laid out by Mormonism, or any other objective moral code for that matter. It was based on a subjective standard – how those actions felt to him.

This notion is common for people in our culture to hold – if something feels right, it must be morally right. But do feelings actually provide us a solid basis to assess the moral quality of our actions? To address complex questions like this one, I like to start with the most obvious points, and then continue from there. So I will do just that with this question.

One obvious point is that using feelings as a basis for moral assessment doesn’t work logically. If we’re going off a purely feelings-based standard, any action could be morally justified with that standard. For example, I would not be surprised if some people who are charged with child pornography felt that accessing that content was an okay thing to do. Yet they are still prosecuted, and many people who base morality off individual feelings would be outraged by their actions.

Another point is feelings are temporary and can change. What feels right one day may feel not-so-right the next. What if Dan suddenly started to feel like sleeping with his girlfriend was a wrong thing to do? It seems that under the feelings-based standard, the action would turn suddenly from morally right to evidently wrong.

Based on these two concepts alone, it’s clear that feelings are not a solid basis for us to assess the moral quality of our actions. Certainly less obvious points could be thrown in as well. There’s the question of how to determine who is right when two people’s feelings conflict. Then there’s the question of how to govern with moral principles when the standard for morality is the feelings of each individual in a society.

So what is a proper standard to assess moral actions? Again, I turn to the obvious points to address this question. First, a proper standard involves something that goes beyond what an individual feels, since feelings are a poor basis for making moral judgments. Second, the standard is one that will not change quickly, as moral assessment would be nearly impossible if the standard can change on a dime. Third, the standard must transcend cultural norms in order for us to be able to evaluate the moral actions of people from a different culture.

This criteria for a proper moral standard is in line with theism – the notion that a good and personal God exists. In theism, goodness is inherent in God’s nature, and thus the moral standard comes from reflection about God’s nature. This nature goes beyond individual feelings, never changes, and transcends cultures.

It is possible that a non-theistic standard could meet the same criteria. But whether a moral standard comes from a theistic or non-theistic viewpoint, one thing’s for sure:

If something we do feels right, it does not necessarily follow that we are doing the right thing.

3 Responses to If it Feels Right it must Be Right… Right?